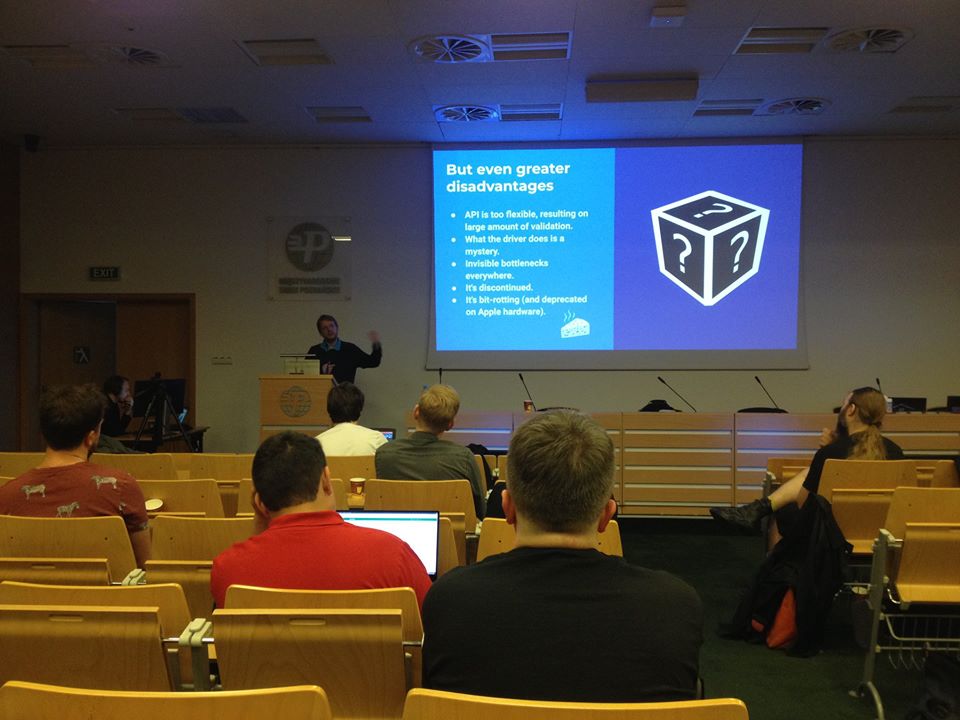 We were at Godot Con 2019 in Poznan, Poland, to present a talk on “Using Godot for economic simulation and agent-based modelling.” The talk was well received by the Godot community. It was wonderful to learn that the lead developer of Godot, Juan Linietsky (in the picture above), is himself familiar with Austrian economics especially in the Argentinian context.

Perhaps the best surprise from the conference was the suggestion of Leszek Nowak (Jagiellonian University) to use GOAP-AI for the Austrian Economics Model. GOAP stands for Goal-Oriented Action Planning. It is an artificial intelligence framework originally developed by Jeff Orkin for the computer game F.E.A.R. You can learn more about GOAP here. The great thing about GOAP is that it is easy and straightforward to understand (in contrast to more complex cognitive architectures like SOAR or CLARION) and can accommodate an unlimited number of goals and actions for agents (unlike the more common AI framework used in games, a Finite State Machine).

In a way, GOAP is very similar to the BDI (Belief-Desire-Intention) cognitive architecture that we initially planned to use for AEM. GOAP has goals and actions while BDI has desires and intentions (with a library of plans). The major difference is that GOAP does not necessarily talk about the “beliefs” of agents but a “world state” that it directly checks. I think this can easily be changed in the implementation, and agents can instead deal with a “believed world state” or “known world state.” We still need to include subjective knowledge for agents because F. A. Hayek emphasized the role of incomplete knowledge and knowledge dispersal in economic calculation.

With this new development, expect to see the first release of AEM to have GOAP agents with a BDI flavor!